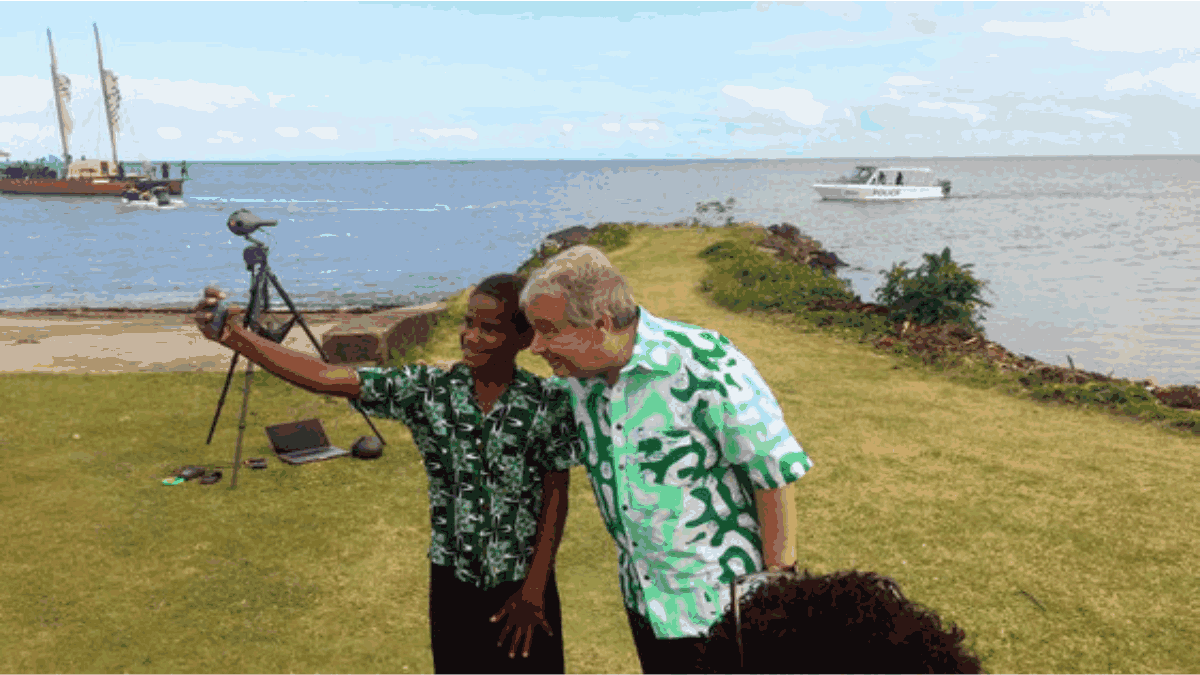 “As Secretary General, I have many battles,” the UN chief tweeted. “As a grandfather, the fight against climate change is the battle of my life,” adding “it’s a battle we do not win.”

The ship, whose name means “heart of the mind,” has traveled the world twice, traveling more than 80,000 nautical miles in countries in the northern and southern hemispheres to motivate communities, businesses and communities. policies to protect the islands and oceans of the world.

Guterres has firmly maintained his belief that “we need stronger political will and urgent climate action to save our planet and our future.”

He also participated in an interactive session with students from the University of the South Pacific on the fight against climate change, where he heard about their work and said: “The world needs your generation so that my generation renders accounts.

He assured them that the United Nations is committed to continuing to listen to their voices and to pave the way for meaningful participation in decisions that affect them.

“Young people around the world are leading transformative climate action and MUST maintain pressure on their leaders,” he tweeted. “The determination of the students I met in Fiji is essential to living in peace with our climate.”

For their part, Fijian students told the UN chief that they wanted the world to know they were calling for urgent action for the climate.

Earlier in the day, Mr. Guterres laid a wreath on the war memorial for peacekeepers who died in the Pacific region. He tweeted, “Since the 1970s, Fijian peacekeepers have served in UN peacekeeping missions, the ultimate sacrifice.” He thanked Fiji for “helping protect vulnerable people.” “.

Besides the meeting with the President of Fiji, Geogi Konrotti where they planted a coconut tree, the Secretary General said at a joint press conference with Prime Minister, Josia Furek Benimarama, that climate change was “a vital battle for Fiji and the Pacific “.