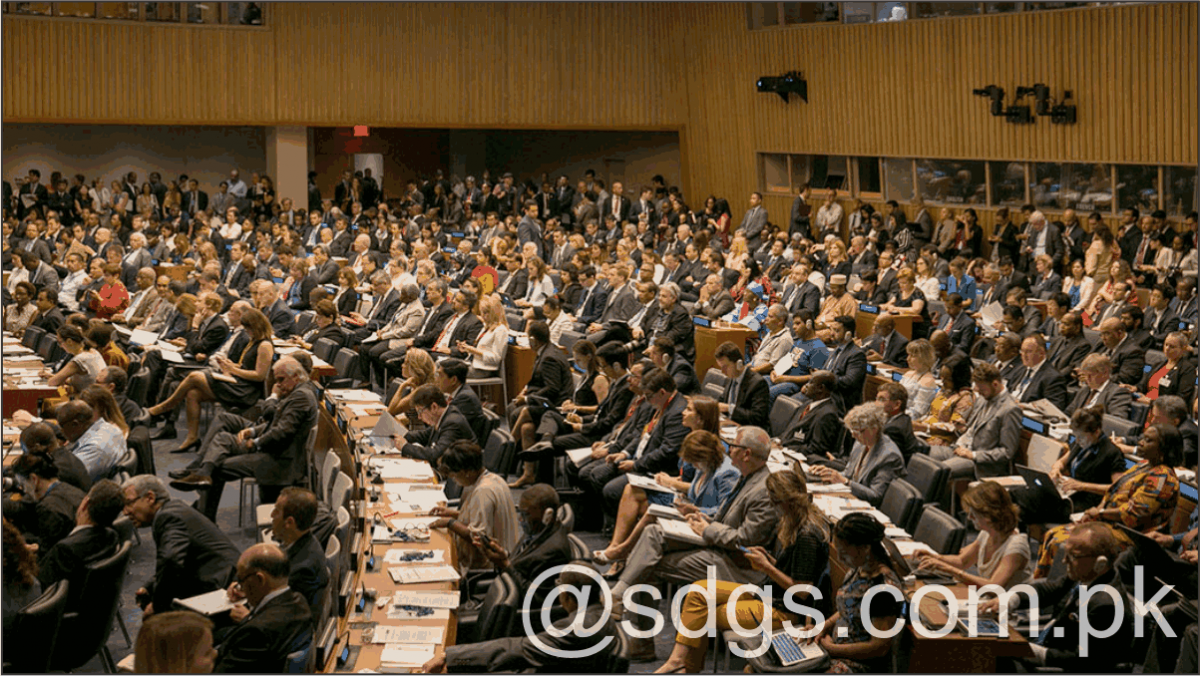 A coalition of civil society organizations launched the third edition of a report assessing the voluntary national reviews (VNRs) submitted to the United Nations High-Level Political Forum on Sustainable Development (HLPF), with a focus on the 46 VNRs carried out in 2018 and a sample of civil society reports of 2018. The launch took place on January 30, 2019, in the context of a webinar organized by the Canadian Council for International Cooperation (CCIC), which published and directed the preparation of the report.

The report entitled ‘Implementation of the progressive national SDGs: an independent evaluation of the voluntary national review reports submitted to the United Nations High-Level Political Forum on Sustainable Development in 2018’ focuses on the components needed to advance the 2030 Agenda for Sustainable development and its SDGs, namely, governance and institutional mechanisms, policies and means of implementation. As summarized in a summary of IISD policies, the report reviews VNR 2018 in these categories and includes VNRs of countries from all UN regional groups. It also examines VNRs in comparison to the common reporting guidelines of the UN Secretary-General and assesses how VNR reports evolve over time through a comparative analysis of review reports in 2016, 2017 and 2018.

Fraser Reilly-King, CCIC, noted that more than 700 people signed up for the webinar, reflecting the “huge” interest generated by the implementation of SDG. He also clarified that the independent report is different from the VNR synthesis report prepared by the Department of Economic and Social Affairs of the UN (DESA) every year, since it has a more analytical perspective.

The lead author, Shannon Kindornay, of Carleton University, said the 2018 edition of the report includes new areas of analysis, such as improved principles to better capture the environmental components of the 2030 Agenda, the budget for the SDGs and more details on the permission to stop smoking. -behind (LNOB) and associations, compared to the editions of 2017 and 2016.

Highlighting the key messages of the report, Kindornay said the foundations are being built to advance the implementation of the 2030 Agenda and its SDGs, but countries are not making the most of VNRs, as they do not report enough on the lessons learned. , where I would like to learn and where they would like to receive support from others.

Regarding the government and institutions, it reported on an increase in the participation of non-state actors in government structures, adding, however, that very few VNR reports describe specific mechanisms for stakeholder engagement. He indicated that, according to their VNR, countries such as Poland are implementing some of the commitment principles described in the report, in terms of transparency, timeliness, information, openness and iteration. Regarding policies, he highlighted a notable improvement in information on all the SDGs, but limited references to the links between the dimensions of sustainable development. He also stated that most of the 2018 VNRs examined or planned to examine data and / or policies to identify gaps and establish baselines to achieve the SDGs, although this is less than the number of VNRs that reported doing so in 2017.

Regarding the means of implementation, Kindornay described: improved reporting, in particular on international public finance, trade, technology and systemic issues; Insufficient report on LNOB; the need for greater effort to promote localization; marked improvement in the reporting of associations; and the limited commitment to regularly report on implementation. Among other examples, he cited that Bhutan is using the Vulnerability Baseline Assessment to better target vulnerable populations, in line with the LNOB principle; and Switzerland and Egypt (which submitted their VNR twice so far) reported on a system that indicates their status of progress in the implementation of the 2030 Agenda.