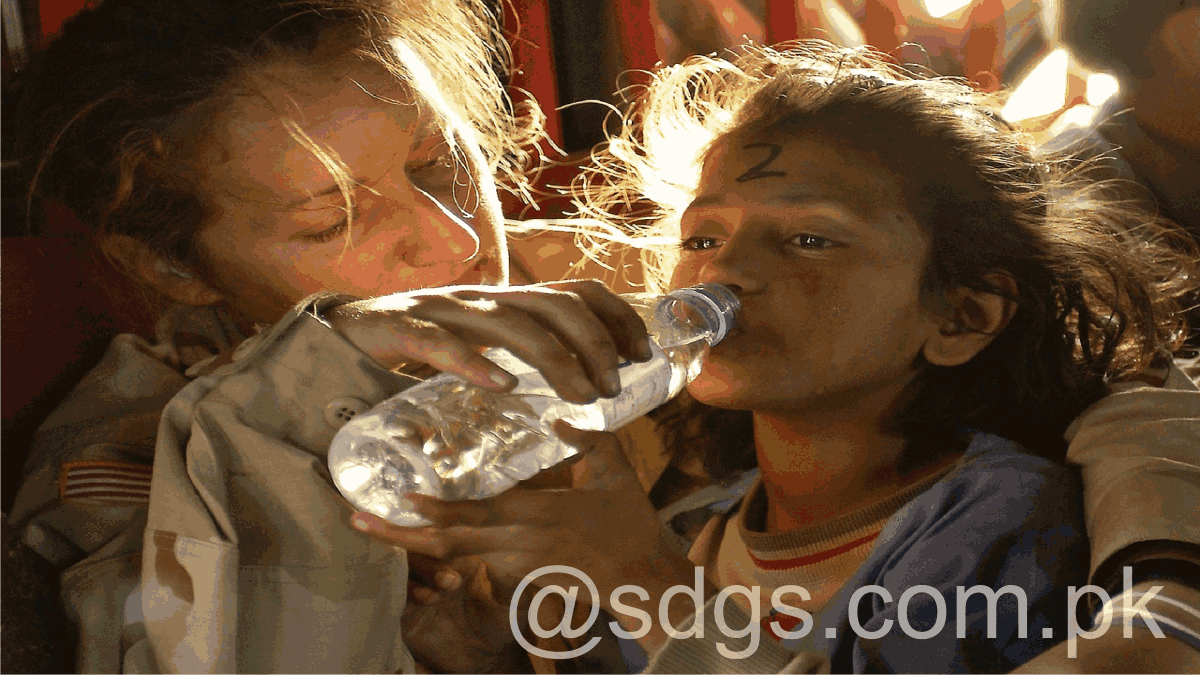 In collaboration with the United Nations Educational, Scientific and Cultural Organization (UNESCO), the Sustainable Development Goals (SDGs) and the World Water Assessment Program, the report Leaving no one behind stresses that water is “quite achievable”.

“Access to safe, affordable and reliable drinking water and sanitation services is a basic human right,” says the report. And yet, billions still lack these facilities.

The report stresses that exclusion, discrimination, poverty and inequality are among the major obstacles to achieving the water goals of the 2030 Agenda for Sustainable Development.

While the rich generally receive high levels of service at low prices, the poor often pay a much higher price for services of similar or lower quality.

“It is foolish that people in slums often pay more for a volume of water than those who live it better,” said Stefan Uhlenbrook, coordinator of the World Water Assessment Program for Water Resources. UNESCO, at the launch.

In addition, rapid urbanization means that slums will continue to grow, excluding the benefits of an address or water and sanitation networks for residents, leaving them dependent on costly alternatives.

He pointed out that slum dwellers pay up to 10-20% more for not having access to safe drinking water and sanitation, so they ‘depend on water vendors, kiosks and other things”.

According to the report, equal access to water for agricultural production, even if it is only an additional watering of crops, can make the difference between agriculture as a simple means of survival and agriculture as a reliable source of income.

“Three-quarters of people living in extreme poverty live in rural areas,” Uhlenbrook said, adding that the vast majority of them were small family farmers.

The report examines the obstacles that refugees and internally displaced persons often face in accessing water and sanitation services.

At the end of 2017, conflict, persecution or human rights violations forced the forced displacement of 68.5 million people without precedent. And sudden disasters have displaced 18.8 million more people.

Massive displacement weighs heavily on natural resources and water-related services at the transition and destination points of existing populations and newcomers, creating potential inequities and a source of conflict between them.

At the opening ceremony, Syrian refugee Maya Ghazal, 19, who defends the rights of refugees, recounted her experience as a 12-year-old girl.

“In 2011, the flames of the Syrian war broke out, making it difficult to maintain normal living conditions, gas, electricity or water,” she began. “I was 12 at the time and with my two younger brothers, we were responsible for the water.”

Responsible for the family’s water supply, the pre-teenager of the time shared some of her “hacks”.

“First of all,” she informed the group, “be sure to install a water tank on your roof and make sure it has a centrifugal pump, so you’ll always have water even when the main source is shut off.

She warned “always” to check that the main source of water was pumping water because when “war activities” took place, the water would be cut off.

His other “hacks” included limiting showers, “climbing practice” to get on the roof to check the water tank and “be nice to your neighbor” in case you needed to borrow some water. ‘water.