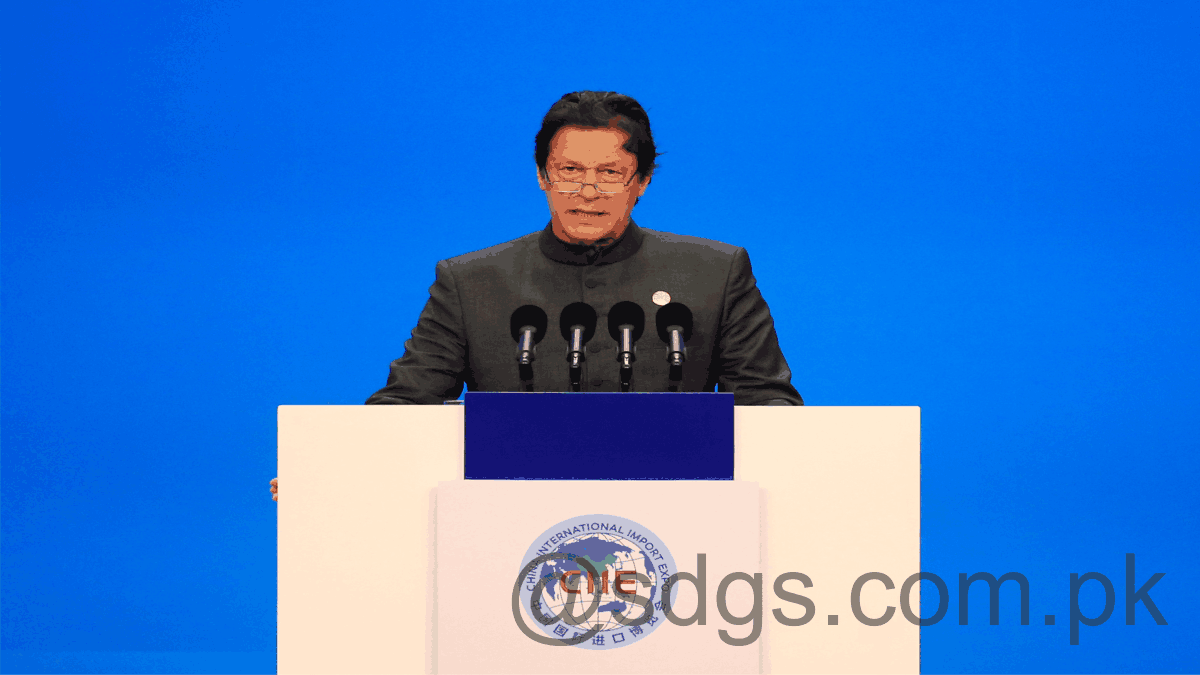 Pakistan will work in partnership with all those who share the vision of a peaceful and prosperous world, he said in his speech to the 2nd Road and Belt Forum (BRF).

China holds the BRF, which provides a platform for BIS participating countries from April 25 to 27 here.

The BIS is a multi-billion dollar initiative launched by Chinese President Xi Jinping when he took office in 2013. It aims to connect Southeast Asia, Central Asia, the Gulf region, Africa and Europe to a network of land and sea routes.

Thirty-six Heads of State and Government attended, as well as representatives of 150 countries and international organizations.

Prime Minister Khan said the BIS, which raised concerns about the debt trap, offered a model of collaboration, partnership, connectivity and shared prosperity.

India and the United States jumped the BRF. India protested against the $ 60 billion CPEC deposited by Pakistan-occupied Kashmir. The CPEC is officially considered a flagship project of the BIS billion dollar in China.

The US has described the BIS as promoting predatory financing with heavy debt among smaller countries.

Mr. Khan’s government itself planned to abolish some of the CPEC projects shortly after coming to power because of concerns about the debt burden.

Addressing the BRF, the Pakistani Prime Minister said that in a world of geopolitical uncertainty, growing inequality and barriers to trade, the BIS offers a model of collaboration, partnership, connectivity and shared prosperity.

Pakistan has been one of the oldest and most enthusiastic proponents of the BIS, and the CPEC is one of the major components and one of its oldest manifestations and has made substantial progress, he declared.

By circumventing India’s criticism of the CPEC and its objections, Mr. Khan said that he had contributed to Pakistan’s progress, including by filling critical gaps in infrastructure.

He said Pakistan and China are joining together in the next phase of the CRC, putting more emphasis on improving the social economy, reducing poverty, agricultural cooperation and industrial development.

The two countries sign an expanded free trade agreement between Pakistan and China, he said.

He also mentioned the cooperation between the signatory countries of the BIS cooperation in the field of climate change.

In the last five years, Pakistan has succeeded in planting five billion trees in Khyber-Pakhtunkhwa province, he added, adding that his country has launched a national project to plant 10 billion trees. over the next five years.

He suggested that there should be joint and ambitious projects to plant trees among the BIS countries to mitigate climate change.

He suggested the creation of the BIS Tourism Corridor to promote people-to-people contacts, intercultural understanding and, above all, to establish anti-corruption cooperation to combat the scourge of white-collar crime.

Khan also discussed the creation of a poverty fund, saying the goal should be to replicate China’s spectacular success in lifting 800 million people out of poverty in space. of a few decades.

He said Gwadar, which used to be a small fishing village in Baluchistan, is rapidly becoming a commercial center and Gwadar airport will be the largest in the country.

Khan also thanked China and its leaders for “their unwavering support for Pakistan”.