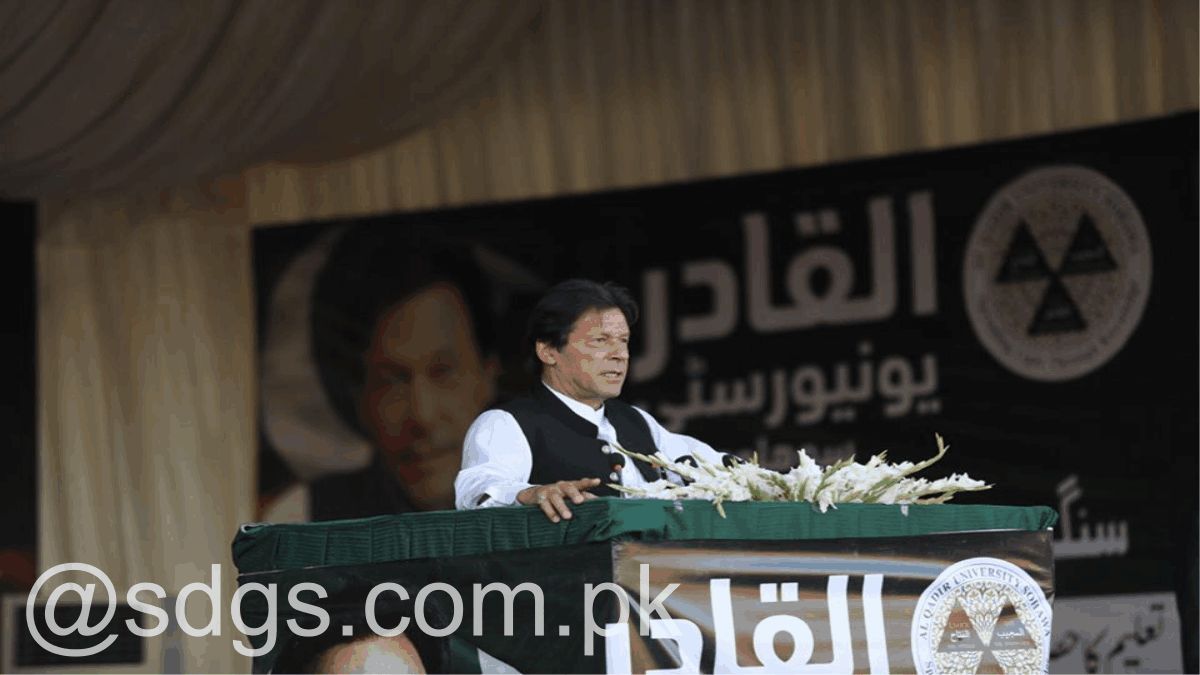 “I was thinking about the creation of this university for 23 years,” said the prime minister. “It was named after Abdul Qadir Jilani, who had associated science and spirituality, we see spirituality as a super science, we must conduct research, which will be conducted here.

“Thirty-five percent of the students will receive scholarships [at Al-Qadir University], and we will do this on the model of Namal University.” This university is not created with public funds but at a university level. private fundraising.

“This university is created for a purpose, we want to turn our youth into leaders, it will happen when they know the principles of the state of Madinah, we will undertake research and learn how Muslims have gone from Madinah. will also develop the latest technologies here, for which we will seek help from China. “

In attacking previous governments, the prime minister said: “The ideology, vision, and purpose of Pakistan have long been forgotten by our political leaders in recent years […]. that we have deviated from our path for the future, institutions like Al-Qadir University will be the first step in this direction. “

Syed Zulfiqar Abbas Bukhari, Special Assistant to the Prime Minister for Overseas Pakistanis and Human Resources Development, traveled to Sohawa to review the arrangements for the Foundation’s Foundation Laying Ceremony. university, according to Radio Pakistan.

“The best investment for the country at this stage is in the intellect and learning of its young people,” Bukhari said on Twitter. “Al-Qadir University is a vision that allows the next-generation leaders to become familiar with Islamic fundamentals – these are the kinds of long-term ideas that Prime Minister Imran Khan and the First Lady have for the future. Pakistan of tomorrow. “