Involving Youth as a Catalyst in achieving the 2030 Agenda 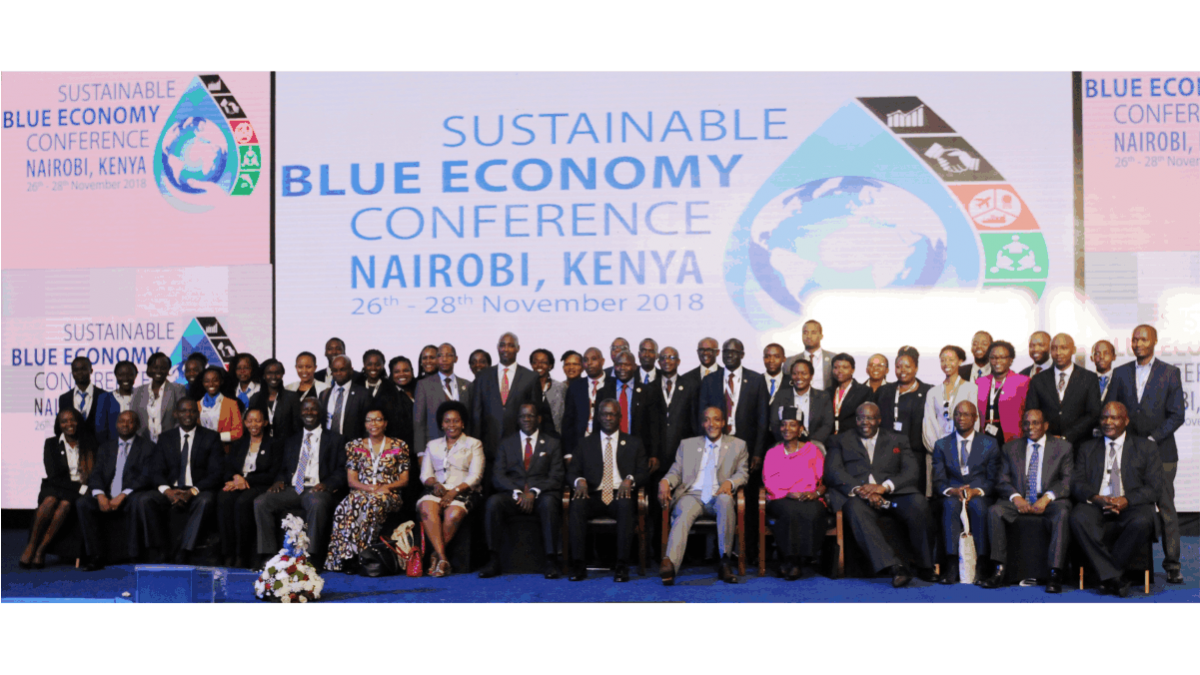 The first ever global conference on creating a sustainable blue economy around the world’s seas, lakes and rivers was held from 26 to 28 November 2018 in Nairobi, Kenya. The conference focused on building such blue economy that could tackle the potential of water bodies to improve the lives of all, particularly people from the developing countries and focusing on the latest innovations, scientific researches and the use of best practices to create an environment of prosperity while focusing the need for water conservation for our future generations.

The Conference was designed on the two conceptual pillars of: sustainability, climate change and controlling pollution; and production, accelerated economic growth, jobs and poverty alleviation. Over 16,000 participants were part of the conference and about 70 countries’ head of states and governments were present there to deliver their commitments to achieve the focus point of conference.

President Uhuru Kenyatta, Kenya, opened the Leaders’ Commitment Segment by sharing that this country would be the first one to take practical steps to harness the blue economy, waste management for the sake of food security and biodiversity; and enforcing sustainable fishing and implementing safety and security in high seas. Many other leaders presented their agenda on blue economy in this segment including Kenyan Ministry of Foreign Affairs and Canadian Minister of Fisheries, Oceans and Canadian Coast Guards. Many side events were held parallel besides the Leaders’ Commitment Segment involving interactive discussions among researchers, women activists, civil society members and policy makers.

In a discussion on the enablers of the Blue Economy, Jonathan Wilkinson, Minister of Fisheries, Oceans and the Canadian Coast Guard, Canada, identified leadership and political will as a fundamental prerequisite for finding technical solutions to end plastic pollution.

Uhuru Kenyatta, President of Kenya, stressed that the truly global representation and the far-reaching and collectively beneficial outcomes of the conference demonstrated the transformative power of multilateralism.