The UNEP report shows the role of women in the management of coastal and marine environments. 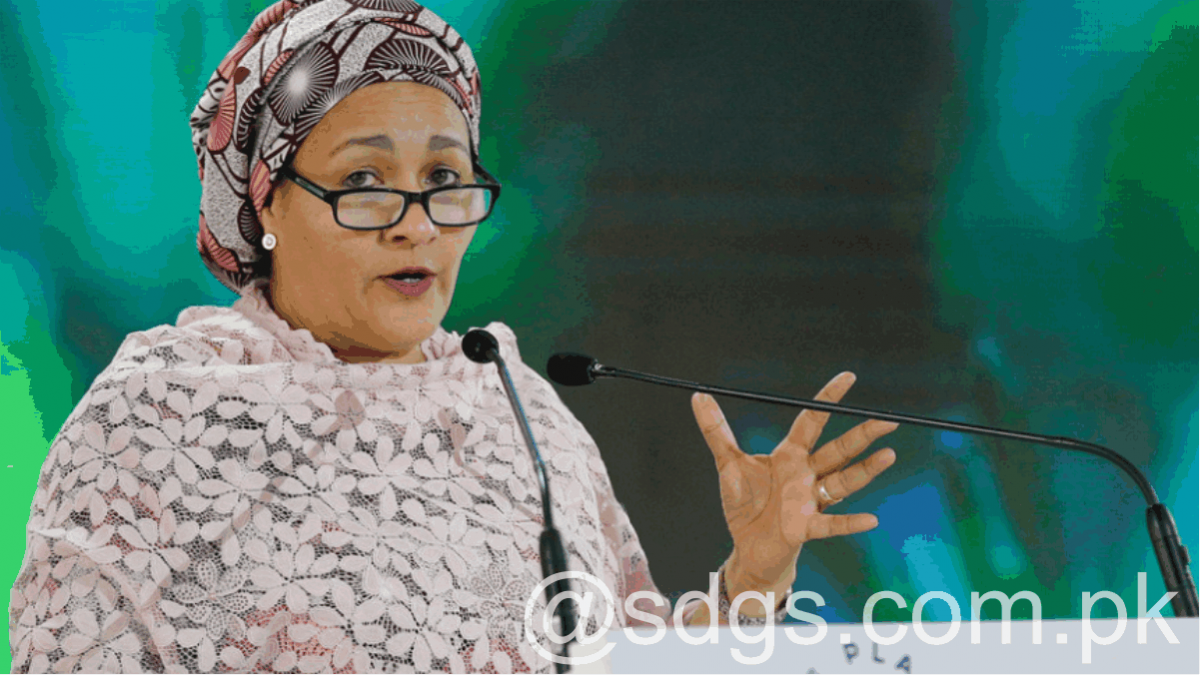 Amina Mohammed said that she had been inspired by the ideas discussed at the conference, the world’s most important decision-making body, in support of the #SolveDifferent campaign in the United Nations environment (UNEP) to find innovative solutions to environmental challenges.

She urged the audience, which included heads of state and government ministers, to “transform the global economy into one that rewards careful management and punishes waste and pollution.”

Addressing the main theme of the Assembly, the need to change to sustainable forms of consumption and production, the deputy head of the UN reminded the audience that we are all living with the negative consequences of the current global economic model “Take, Prepare and Discard” .

Examples include the harmful impacts to the environment and health associated with the extraction of metals used in mobile phones; the millions of tons of plastic waste flowing into the oceans; and the huge amount of electronic waste generated each year.

The UN solution to break an unsustainable system that is wreaking havoc on the environment, said Ms. Mohammed, is to change the perception that it is necessary to deplete natural resources to grow the economy: “In fact, we can achieve a greater economy “. the benefits of innovative approaches to how we eat, buy, travel and dispose of waste. “This important change would mean moving away from a built-in obsolescence model, creating products that last longer and ensuring that all products can be recycled or reused

The Assistant Secretary-General gave specific examples that show how governments, the private sector and civil society are making a positive change. He pointed out that several large hotel chains are committed to reducing the consumption of water and waste by 50%; Countries like India and Costa Rica are committed to eliminating single-use plastics; and cited a project in the Kiribati Islands, which provides families with a unique hydroponic system to make food without soil.

He added that it is time to make a “great leap towards ambition”, in preparation for the UN Climate Summit in September, convened by Secretary-General António Guterres, which will seek to promote the fight against climate change.

Ms. Mohammed said that the head of the UN hopes that world leaders will come to the Summit “not with a speech, but with a plan”, which will explain how countries expect to drastically reduce emissions, create decent “green jobs” and build sustainable cities. The plans, he said, must be credible enough and ambitious enough to “convince all the people who go out on the street, who take themselves seriously.”