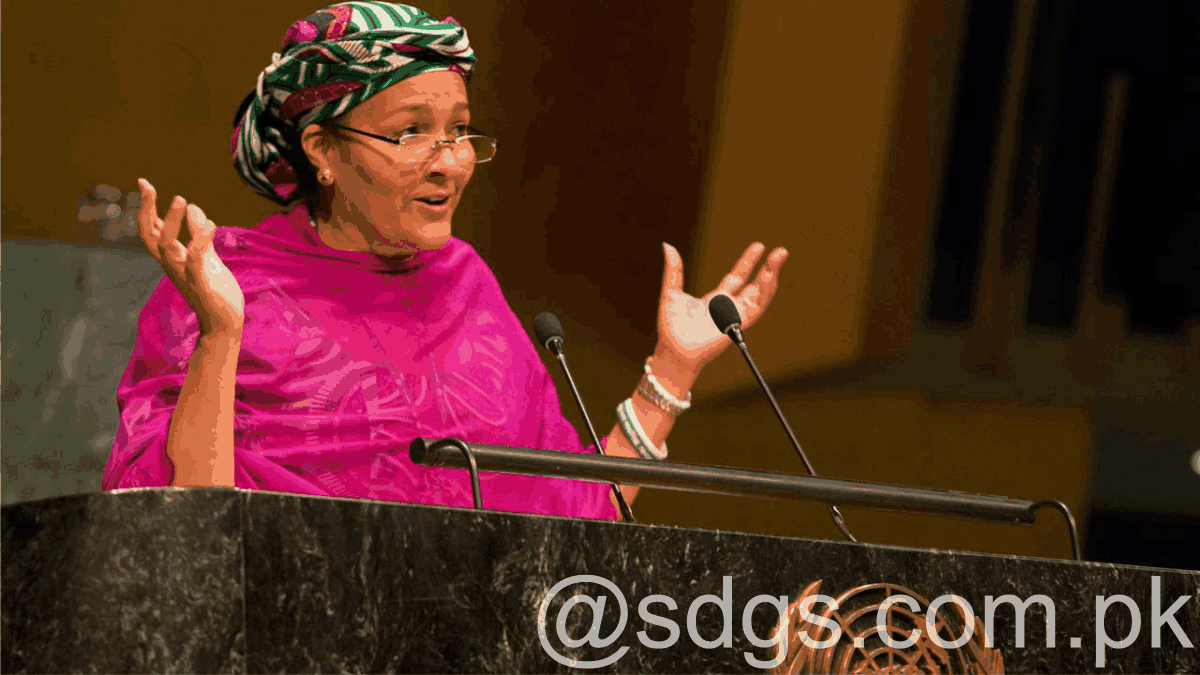 The UN Deputy Secretary-General distributed to the UN Member States the final draft of the financing pact that will be discussed during the Segment of Operational Activities for Development (OAS) of the Economic and Social Council of the UN (ECOSOC). The “Financing Agreement” aims to provide the necessary financial support for the alignment of the United Nations development system with the 2030 Agenda for Sustainable Development.

The UN Undersecretary General, Amina Mohammed, distributed the final version of the draft after an informative meeting with the UN Member States on February 28, where she presented its contents. The document states that the Financing Pact will be presented by the Secretary-General of the United Nations, on behalf of UNSDG, as a complement to its Annual Report to ECOSOC for consideration at the OAS, and represents a non-binding instrument for voluntary adhesion by part of individuals. Member States and other contributing donors.

For the Member States, the commitments are framed as collective in nature. Its objective is to respect the great disparity in current funding approaches and capabilities, as well as in the rules, regulations and policy frameworks of the Member States. The text indicates that the capacity of member states to comply with various commitments will vary accordingly, and different member states may pursue different elements of the Pact, from different starting points, progressively and at different speeds.

Through the Compact, UNSDG is committed to accelerating results for countries through greater collaboration. It will do so, the text says, while reporting on needs and outcomes with greater clarity, coherence and transparency. It will pursue joint activities, particularly in the areas of analytical work, the formulation of operational support and policy options for the acceleration and evaluation of the SDGs. Responsibility for common results, in particular through the United Nations Development Assistance Framework (UNDAF), and commitment to partners should be strengthened through the implementation of a new Mutual Responsibility Framework. The Pact explains that this should translate into reduced costs for host governments and higher returns for investors by member states.

The Financing Pact emphasizes the “new primacy” of the process and the UNDAF framework at the country level, with UNDAF results as shared outcomes of the United Nations country team (UNCT), to which individual entities contribute. UNSDG Strategic plans at the global level and UNDAFs at the country level should articulate financing requirements more clearly, including by type of financing, and, as noted in the text, funding dialogues should be strengthened.

UNSDG entities are committed to accelerating efforts to improve transparency, reporting and system-wide evaluations, including efforts to standardize data and compliance with international standards for financial reporting. The results produced must be accessible and better communicated, says the text, and the UNSDG must evaluate and report transparently to all UN members, in particular through the strategic document of the entire UN system, and at the country level. , through the UNDAF and the role of the Resident Coordinator.

At the same time, the Member States commit themselves to align their financing with the requirements of UNSDG entities, both in terms of quantity and quality. They commit to bring basic resources to a level of at least 30% in the next five years, increase the proportion of contributions.