Action for Women’s Participation and Leadership 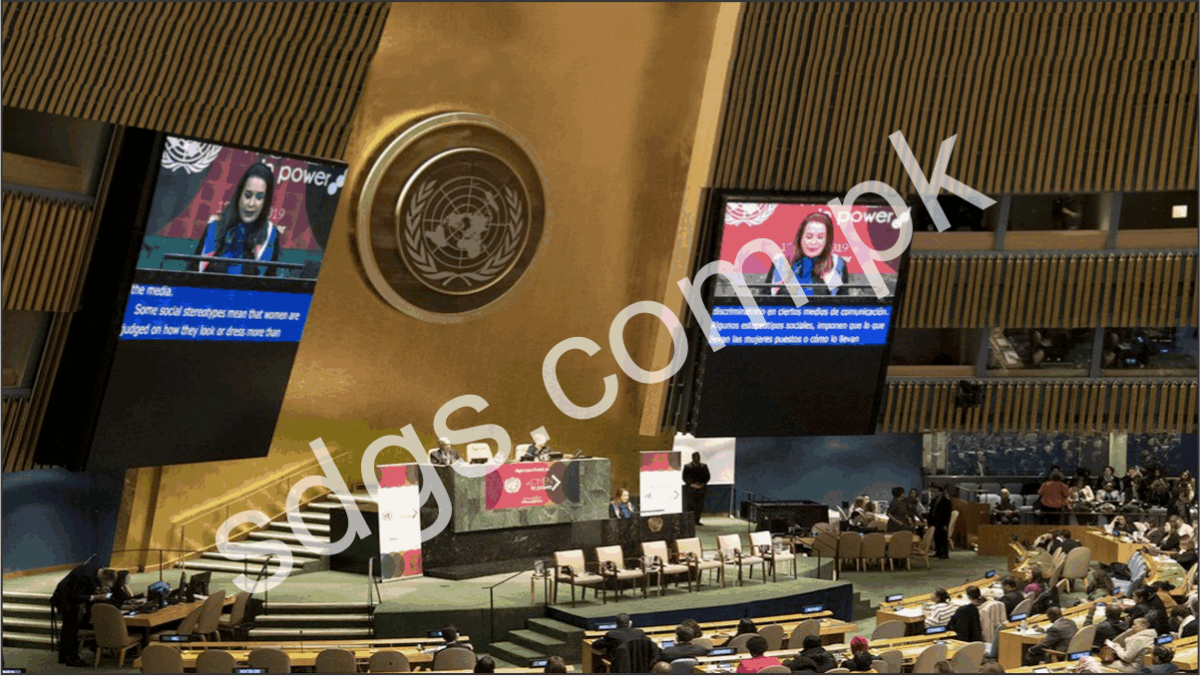 The Head of State, high-level government leaders and officials of the United Nations system, the private sector and civil society discussed the advancement of women’s leadership during a high-level event organized by the President of the General Assembly of the United Nations (UNGA) María Fernanda Espinosa Garcés. Espinosa said that if women and girls, who constitute approximately half of the world’s population, are excluded from the decision-making process, the SDGs will not be met. He also noted that most countries have never been governed by a woman, and if current trends continue, it will take 107 years to achieve gender parity.

On March 12, 2019, the President of the General Assembly of the United Nations convened the High Level Event “Women in Power”, together with the 63rd session of the Commission on the Status of Women (CSW63). Among other observations, participants noted that gender equality is a question of power, since the world still lives in a male-dominated culture and most of the current institutions were made by men. They also highlighted that: women still face challenges in politics, based on discrimination, social stereotypes and violence; there are more women than men who graduate with doctorates in certain countries, but women’s wages are still lower than those of men; and women are a fraction of the leadership in most countries.

Participants also commented that: equality between women and men is a fundamental right; Legislation is not enough, and must be accompanied by changes in the structure of power, an enabling environment and a change of mentality; It is necessary to break the stereotype that politics is a “dirty business” and not a place for women; and the “new generation” of boys and girls must be taught about the importance of gender equality.

António Guterres, Secretary General of the UN, stressed the importance of parity to change power relations in societies, adding that: when women are at the table, the possibility of a sustainable peace increases; When women have equal opportunities at work, development is “greatly accelerated” and when gender is the core of humanitarian assistance, vital assistance has a greater impact for all, in a much more just way. He indicated that at the UN level, parity has been achieved at the level of the Senior Management Group and among the Resident Coordinators, and “will reject the pressures” until there is parity “in all areas” in the organization.

Phumzile Mlambo-Ngcuka, Executive Director of UN Women, reported that only ten countries have a cabinet with gender balance and that only five percent of all corporate CEOs are women. He pointed out the little time he has left to bring fundamental changes to society considering that the last decade of the SDGs is approaching. Geraldine Byrne Nason, Permanent Representative of Ireland and President of CSW63, said that maternity protection, public transport, education and women’s access to health care are some of the topics discussed during the Commission session, which is considering the priority theme ‘Social protection systems access to’ Public services and sustainable infrastructure for gender equality and the empowerment of women and girls’.

In a round table on “how women leaders change the world”, Dalia Grybauskaitė, President of Lithuania, stressed the need to govern with a sense of responsibility, not “for glory or money”. Bidya Devi Bhandari, President of Nepal, stressed the importance of “strong constitutional and legal provisions” to achieve changes in gender equality and make representation mandatory for women. Paula-Mae Weekes, President of Trinidad and Tobago, highlighted the underrepresentation of Caribbean women in science, technology, engineering and mathematics (STEM).

Marta Lucía Ramírez, Vice President of Colombia, commented that: she is the first woman elected vice president in her country; The cabinet ministers of Colombia have reached gender parity.